David Schaffer: Research that takes risks must be supported

UC Berkeley Science News - Fri, 07/29/2022 - 14:49
For the past 10 years, UC Berkeley’s Bakar Fellows Program has given researchers a platform to push the limits of STEM innovation and entrepreneurship
Categories: Science News 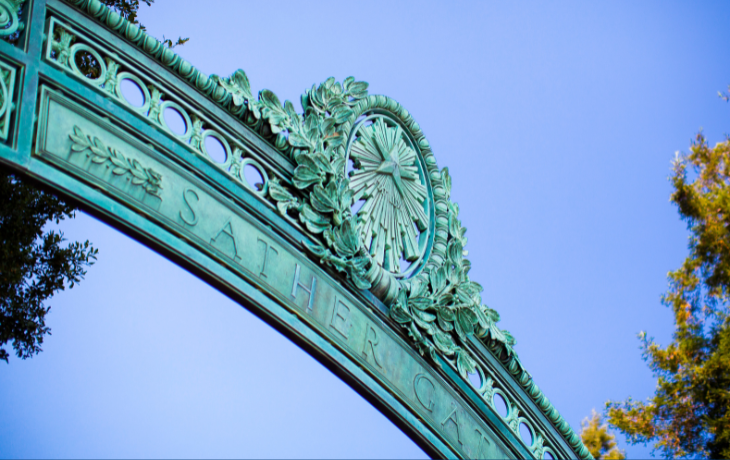 David J.X. González, Alexander Huezo, and Jesús Martínez-Gómez are among the 2022-23 cohort of fellows.

Department of Bioengineering - Thu, 07/28/2022 - 19:24
A study led by Prof Patrick Hsu has identified specific proteins within our bodies that can promote or protect us from SARS-CoV-2 infections, potentially opening the door to new antiviral therapies. Notably, they showed that mucins -- the main component of mucus found in the lungs -- seem to help block the SARS-CoV-2 virus from entering cells.
Categories: Science News 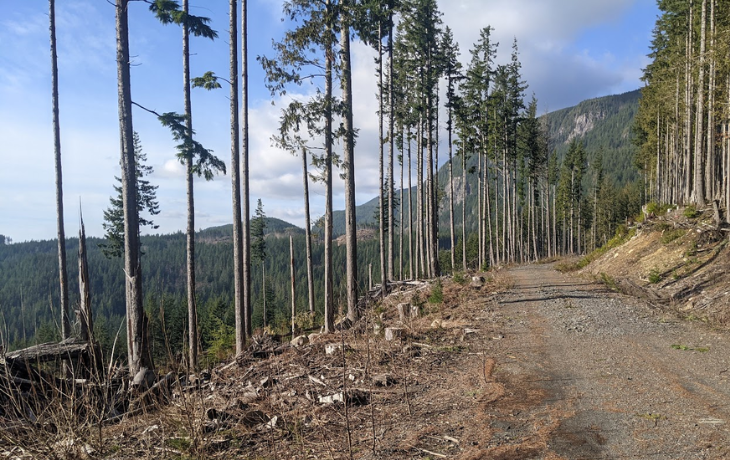 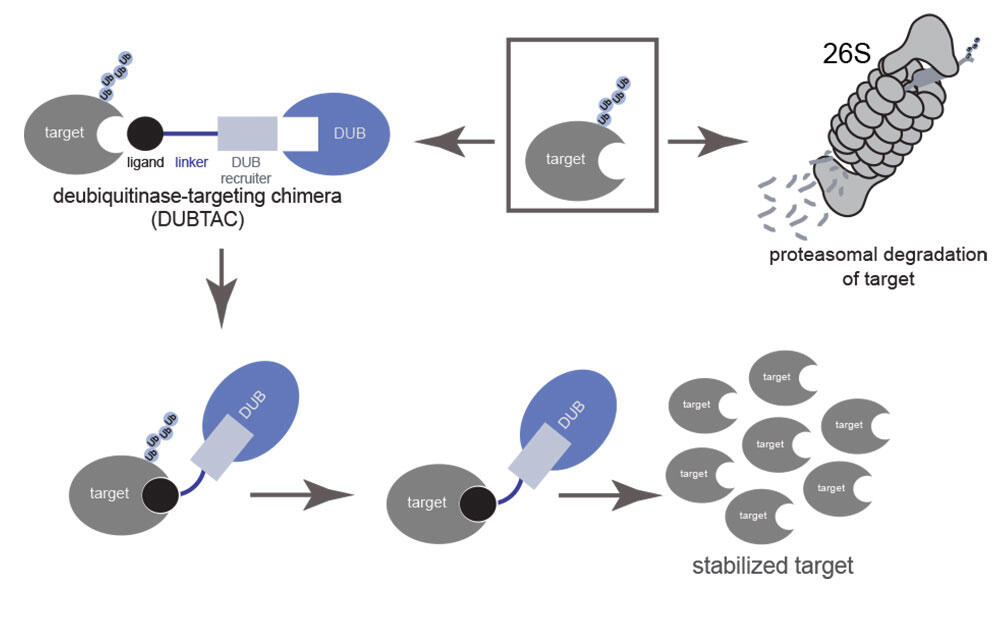 Why the largest fires aren't always the most devastating 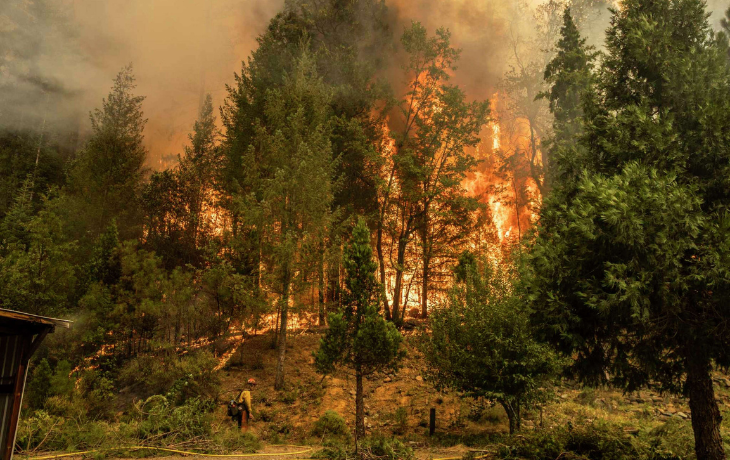 A visit to the lab with PhD candidate Luis Valentin-Alvarado 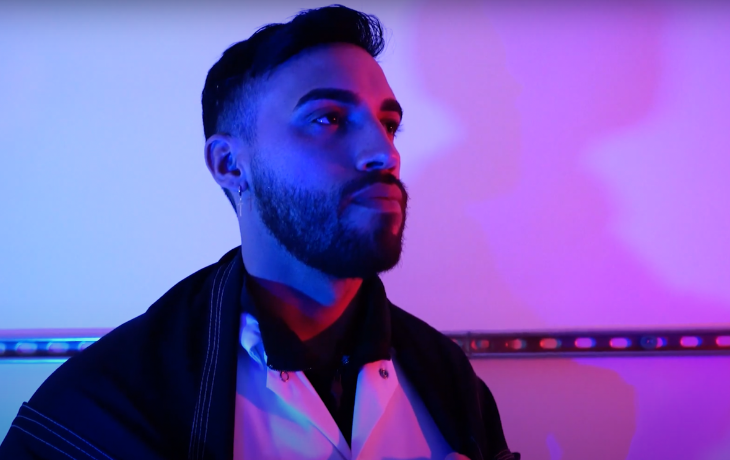 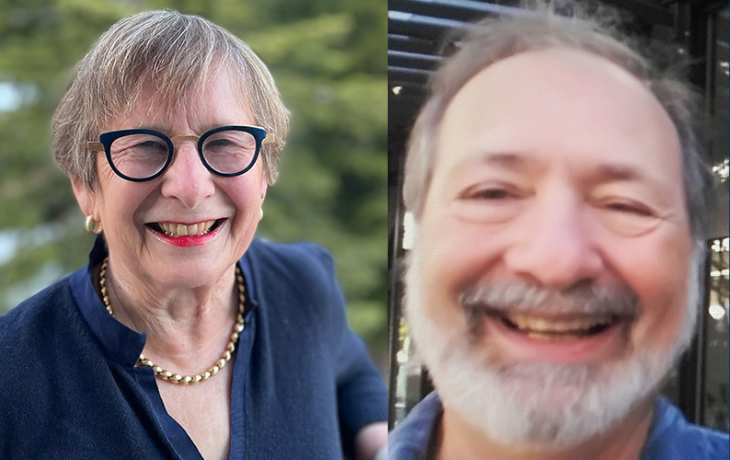 We thank Professors Catherine Koshland and Joseph Napoli for their service to the University.

Understanding the function of plant diversity in wetland ecosystems 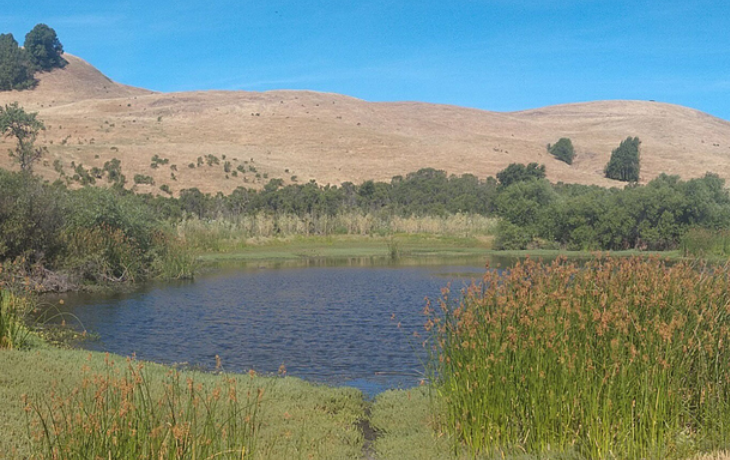 What makes Omicron more infectious than other COVID-19 variants?

Advocating for a toxin-free world 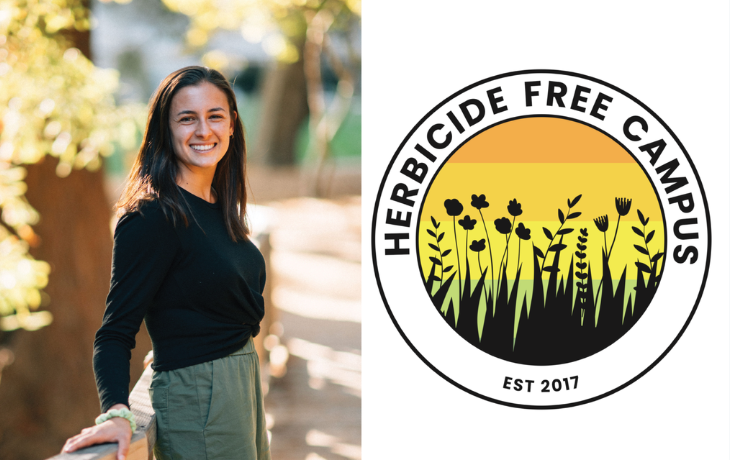 The Berkeley Food Institute speaks to ESPM alum Mackenzie Feldman about her work on pesticide reform and interest in food systems.

Fired up for the future 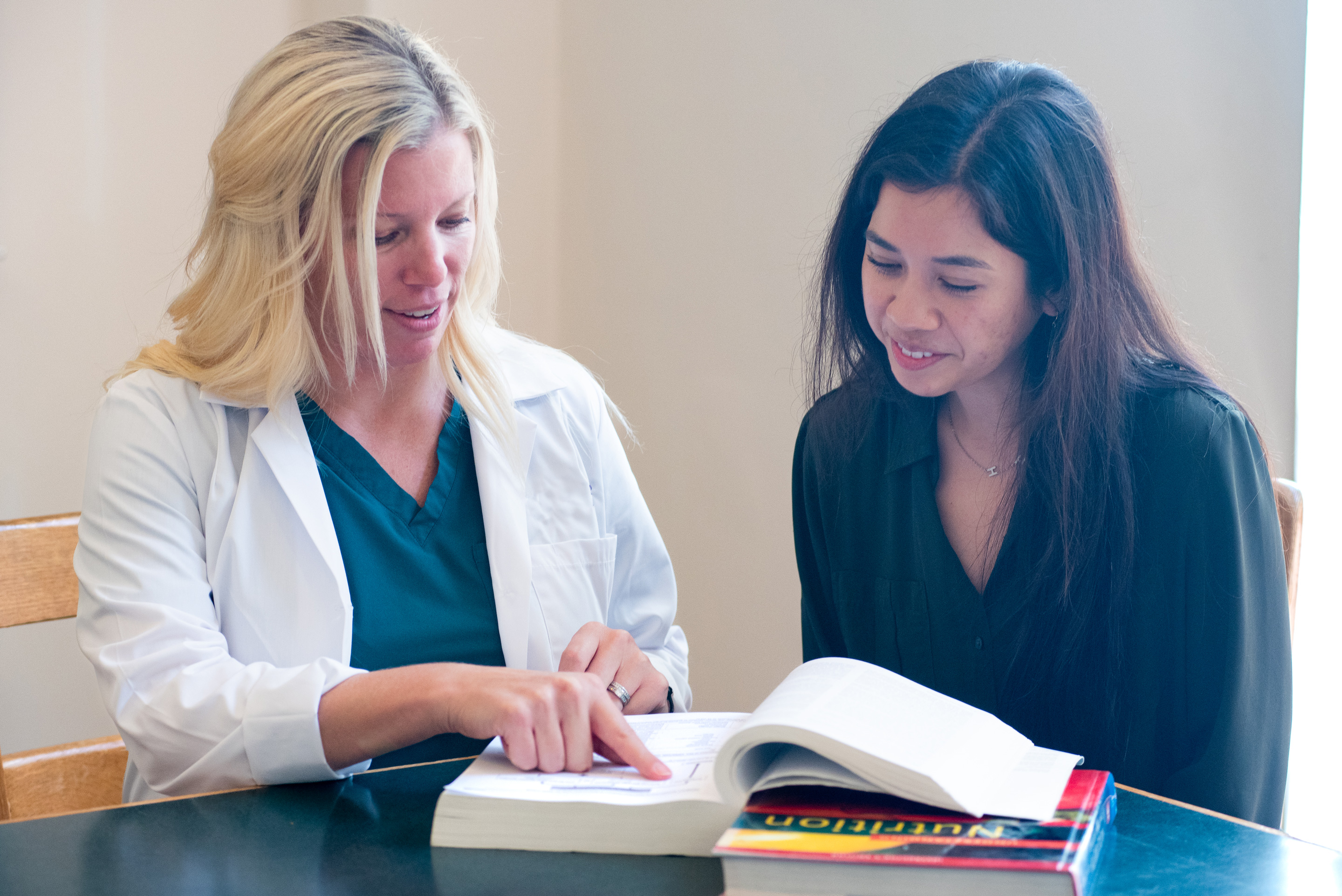 The new graduate program will prepare students for careers as dietitians.

Understanding Plant Immune Systems Informs the Past and the Future 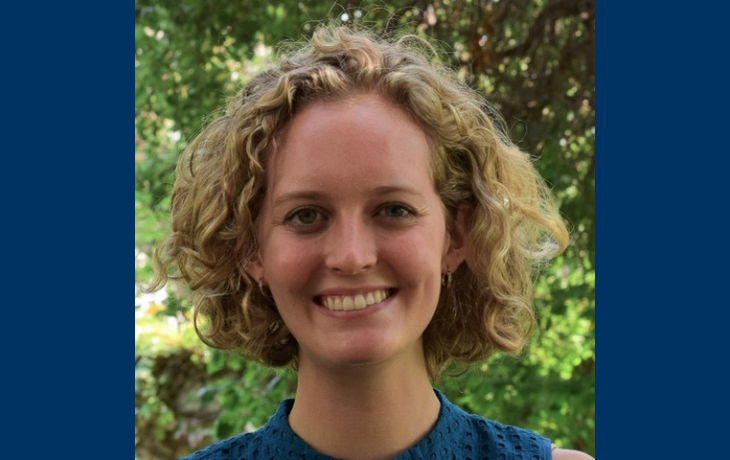 In a recent Wonderfest event, grad student Chandler Sutherland discusses plant and human immune systems, and how we can defend agricultural crops against disease.

CRISPR Crops: Food, Farms, and the Shape of Plants to Come 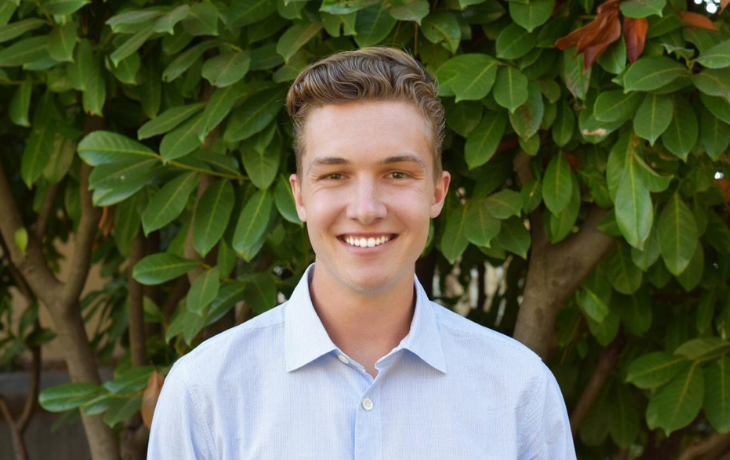 In a recent Wonderfest event grad student Evan Groover discussed how gene editing technology can meet the needs of a growing human population and a warming world.

Debunking the myths that discourage public funding of clean energy 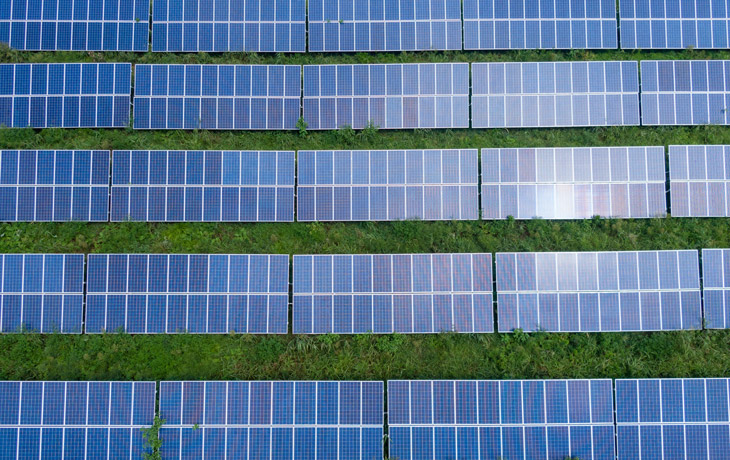 New commentary led by ESPM Professor Jonas Meckling urges governments to spur decarbonization by moving beyond the myths surrounding public investment in clean energy that discourage the use of public funds. 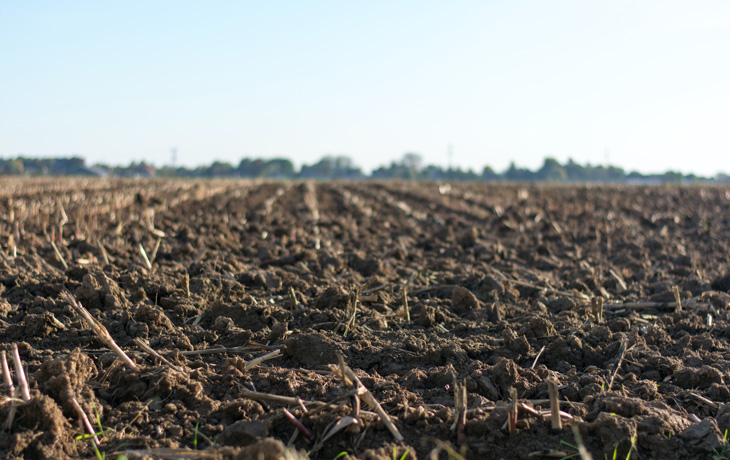 A new BFI policy brief suggests better soil management may be the key to climate resilience and drought tolerance in crops.

The ultimate fate of a star shredded by a black hole

UC Berkeley Science News - Mon, 07/11/2022 - 09:38
By measuring the polarization of light emitted when a star is spaghettified, Berkeley astronomers deduce the shape of the debris cloud left behind
Categories: Science News

A recent PMB study of the thale cress plant (Arabidopsis thaliana) has identified a previously unknown molecular process that serves as a method of communication during fertilization and reproduction. Photos courtesy of Chun Yan.

Researchers in the Department of Plant and Microbial Biology (PMB) have uncovered the intricate molecular processes that precede reproduction in flowering plants.

Published July 6 in Nature, the findings document a previously unknown molecular process that serves as a method of communication during fertilization. According to Professor Sheng Luan, chair of the PMB department and the paper’s senior author, the exact mechanism for signaling has previously eluded researchers.

“At the molecular level, this whole process is now more clear than ever before,” he said.

Luan said researchers have previously recorded the presence of calcium waves preceding the fertilization process and noted that “they knew the calcium signal is important but didn’t know exactly how it is produced.”

To analyze how the calcium wave was produced by the female cell, Luan and his co-authors introduced a biosensor to report calcium levels in the specific cell to look for signals from the male parts that trigger calcium waves.

Green calcium waves "pulse" in this recording provided by the Luan Lab.

They found that pollen tubes emit several small peptides—short chains of amino acids—that can be recognized by peptide receptors on the surface of the female cell. Once activated, these receptors recruit a calcium channel to produce a calcium wave that guides the pollen tube to the ovule and initiates fertilization.

“You could compare this to a delivery service,” Luan explained. “We know the small peptide molecule serves as a signal to the female part of the flower, almost like a knock on the door letting it know the pollen tube is here.”

The calcium waves ultimately cause the pollen tube to rupture and release the immobile sperm once it is inside the ovule, ensuring a successful fertilization process.

“In a way, they basically commit suicide to release the sperm,” Luan said. “Sometimes the female reproductive cell also dies in order to expose the egg so they can meet and produce new life. It’s kind of a romantic journey for plant reproduction.”

According to Luan, understanding the intricate molecular processes of fertilization may help improve the commercial yields in flowering plants. Other researchers or plant geneticists might use the findings to break the interspecies barrier, potentially opening the door to the creation of new hybrid crop species through cross-pollination.

But, in addition to the potential commercial application, these findings further highlight plants’ miraculous ability to communicate via molecular emissions. “From an evolutionary point of view, plants reinvented their own molecules specific to their unique communication process,” he added.

The calcium channels identified in this study are unique to plants, suggesting they invented a way to produce signals that are different than those found in animals. Luan said researchers have studied calcium channels for more than 30 years, uncovering how they confer resistance to powdery mildew (a fungal disease that affects a wide variety of plants) or enable mechanical sensing in root systems.

Their biochemical role remained unknown until this study uncovered the specific channel activity. “Reinventing new channels to communicate in their own way, consistent with different lifestyles of plants and animals, is of general importance to biology,” Luan said.